Best of India Tour for Japanese from Japan - 20 days - Explore

In this tour we are providing Japanese Guide throughout the tour and also recommended Japanese restaurant if possible. 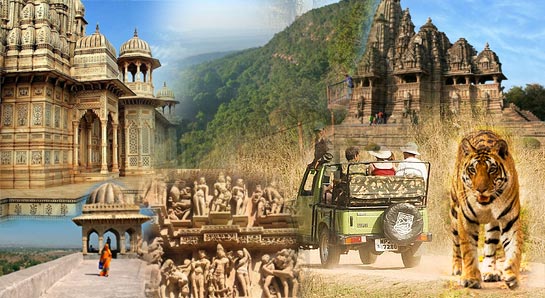 In this 20 days tour we recommended our Japanese guest to try Indian food if possible due to lack of Japanese restaurant in Central India. We will try to offer Japanese cuisines as much we can and there are some Japanese restaurants in mention below major cities which are covered under this package.

Taj Mahal in India ( Agra City) is the UNESCO WORLD HERITAGE SITE and one of the 7 wonders of the world. There is no Other as beautiful Structure as Taj Mahal in the whole world. When some One just sees the Taj for the First Time, The natural Exclamation Comes - "AAH TAAJ". It is located in Agra City, The city nestled on the banks of river Yamuna has numerous monuments and heritage buildings offering a sneak peek into its interesting culture. The city has been ruled by various rulers in the past and remnants of its glorious past are spread over length and breadth of the city. 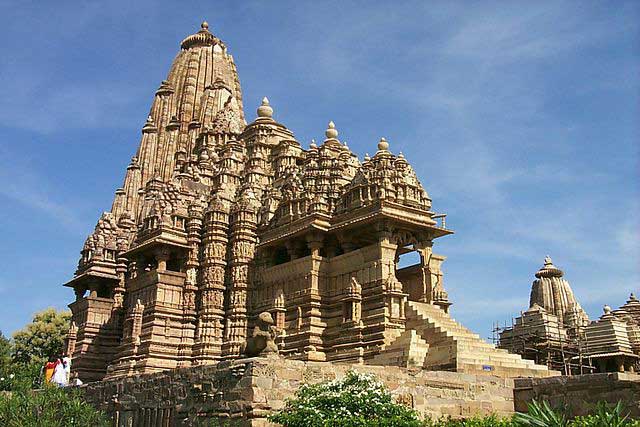 Orchha is the Main tourist attraction of Madhya Pradesh state in central India. Orchha lies on the Betwa River, 80 km from Tikamgarh & 15 km from Jhansi in Uttar Pradesh.

Orchha was founded in the 15th century AD, by the Bundela chief, Rudra Pratap Singh, who became the first King of Orchha, The main attractions of Orchha are Chaturbhuj Temple (built, during the time of Akbar), Raj Mandir (built by 'Madhukar Shah' during his reign, 1554 to 1591).Other Notable attractions in orchha madhya Pradesh is huge huge palace-fort and Raja Mahal and the Jahangir Mahal situated On an island on the bank of the Betwa River.

Sanchi is situated in the state of Madhya Pradesh in India. It lies at a distance of approximately 52 km from the capital city of Bhopal and 10 km from Vidisha. Mahatma Budh never visited or travelled through sanchi, King Ashoka the great made the Sanchi Stupas, These are most ancient stone architecture in India built in 3 BC under king ashoka patronage. Sanchi was built a famous trade route, One of the queen of King Ashoka named Devi's home was nearby in Vidisha. Actual stupa made by King Ashoka was of mud bricks and was half the size, also the platform was made of wood., then from 2nd BC till 1at BC during Sungha Dynasty, it was expanded and stone balustrade was built and harmonica was put on the top. It has diameter of 40 meters and height is 16.5 meters.

Bhimbetka is a place which is located in the Raisen District of Madhya Pradesh. The place is well known for the Bhimbetka Rock Shelters, an archaeological World Heritage Site. These Rock Shelters manifest the existence of earliest human life. These Rock Shelters have also led to the establishment of various other cues which relate to the glorious past of the country. These are mainly in the colours of red and white and depict activities such as hunting, dancing, music, horse and elephant riding. Popular religious and ritual symbols have also been found. They are an important aspect of the cultural heritage of Madhya Pradesh as well as of India. This has helped in the growth of the Madhya Pradesh tourism to significant proportion.

Mandu is a famous tourist destination in Madhya Pradesh famous for forts, palaces and architectural masterpieces. The ruined city of Mandu is located at a distance of about 90 km from Indore, business capital of Madhya Pradesh. Popularly known as Mandu among travellers, the town is located amidst the Vindhya Ranges, at an elevation of 2000 feet above the sea level.

Travellers will find over 40 monuments in Mandu. There are three broad categories: the Central Village Group, the Royal Enclave Group, Rewa Kund Group.

The city of Mandu, was also called a city of joy, is now a ruined city in the Dhar district in Madhya Pradesh.

Bandhavgarh National Park is one of the most popular national parks in India and is located in the Umaria district of Madhya Pradesh. The park derives its name from the most prominent hillock of the area, which is said to be given by Hindu Lord Rama to his brother Lakshmana to keep a watch on Lanka. Hence the name Bandhavgarh (Sanskrit: Brother's Fort).

The density of the tiger population at Bandhavgarh is one of the highest known in India. The park has a large breeding population of leopards, and various species of deer. Bandhavgarh was declared a national park in 1968, with an area of 105 km2. The buffer is spread over the forest divisions of Umaria and Katni and totals 820 km2.

Bandhavgarh is located 100 km from Katni and 190 km from Jabalpur city. Both routes are covered with green jungle and you will see monkeys between Umaria to Bandhavagargh. Maharaja Martand Singh of Rewa captured the first white tiger in this region in 1951. This white tiger, Mohan, is now stuffed and on display in the palace of the Maharajas of Rewa.

The best time to visit Madhya Pradesh is in the winter months, anytime between October to March. Bhopal has an extremely pleasant climate, so all times of the year are good to travel. Gwalior, Mandu, Indore and Jabalpur can be very hot in summer months with the mercury climbing as high as 40°- 42° Celsius.

The best time to visit the National Parks in Madhya Pradesh differ slightly depending on which one you wish to visit: Bandhavgarh is good between November and June; for Kanha, the best time is February to June, though travellers would find the weather more comfortable during the cooler winter months of November to January. The parks are closed during the monsoon season from 1 July to 31 October, so plan accordingly.

Things to do in National Parks