The Deotsidh Baba Balak Nath Sidhpeeth is located at a distance of 50 Kilometers from the District Headquarter Hamirpur Himachal Pradesh India on a hill known as ‘Deoth Sidh’. Deotsidh Temple :- The cave temple of Baba Balak Nath is thronged by devotees all the year round. Shri Sidh Baba Balak Nath Temple, Deotsidh is a renowned holy shrine to the North of India. It is situated on the Deotsidh Dhar Range in Shivalik Hills with the snow capped Dhaula Dhar Range standing tall as a back drop.

Never the less The attraction which still remains is the Gobind Sagar Reservior Crossing by boat between Kosrian and Khulmi. Another Thrill is the Mata Naina Devi Roap way trip, which you will definitly enjoy as this is the highest roap way in shivalik region with breathtaking view of Mountains and Gobindsagar Dam. Another Advantage is that HolidayTravel company arranges the Bhakhra Nangal Dam site seeing along with Fishing for Mahseer Na Katla fish in Dam waters. Naina Devi temple is one of the most important Shakti Peeths of India, situated in Bilaspur district of Himachal Pradesh. Raja Bir Chand got this temple constructed in the 8th century. The popular hill resort located in Himachal known by the name of Nainital has been named after the famous Naina Devi Temple. This temple is dedicated to Goddess Naina Devi and is located on top of the Naina Hill in Bilaspur.

Deotsidh Temple is a famous cave temple dedicated to Baba Balak Nath. Sunday is considered an auspicious day to visit Deotsidh Temple--when millions of devotees offer sweetened Indian flour breads known as Rota to Sri Sidh Baba Balak Nath as thanksgiving for his kindness and love. Goats offered at the altar are not sacrificed but taken well care of by temple authorities. Festivals and fairs are organized within the temple’s premises on Holi when it attracts swarms of devotees who come from far and near.

Deotsidh Temple is also thronged by thousands of devotes during Navratri, which lasts from March to September. Proper facilities for accommodation, water, toilet and food are provided by the Government during peak seasons such as during festivals. The administration of Deotsidh Temple came under Government of Himachal Pradesh in 1987. Since then, all activities of the temple are managed and controlled by Deputy Commissioner of Hamirpur. Devotees and tourists visiting Deotsidh Temple also like to savor the joys of boarding the ropeway at Shahtalai, which is located 5 km away. 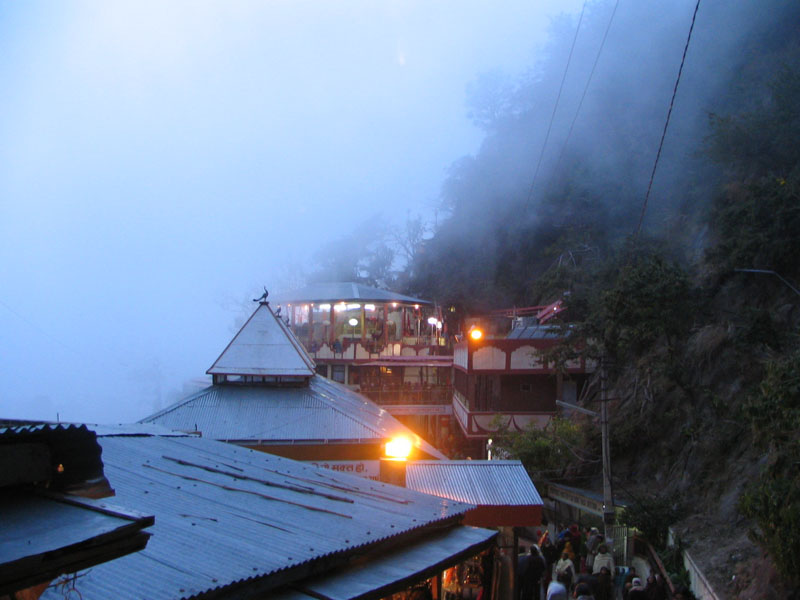 Top Highlights of the Tour

Start the trek from hamirpur and Proceed to Bhota village. Hamirpur- Bhota 12 Km, village to village Bhota is a prominent town of Hamirpur district on the main road and is a junction to go to Shimla, Mandi, Hamirpur and Una.
Bhota Village: Bhota is a town and a nagar panchayat in Hamirpur district in the state of Himachal Pradesh, India. You can also enjoy to have natural beauty there.

After Breakfast with Packed Lunch proceed to Salouni, It is around 10 Km. In between your Trek enjoy to have lunch. After reach in Salouni take rest and overnight stay at Camp.

After breakfast Proceed to Bijhari, It is around 10 km Trek. After arrival take rest and overnight stay at Camp.

After breakfast proceed to Deotsidh, it is around 6 km. After reaching Deotsidh, Have a darshan of Baba Balak Nath ji.  After darshan Overnight stay there.
Deotsidh: Baba Balak Nath or Sidh Baba Balak Nath is a Hindu deity worshipped in the northern Indian states of Punjab and Himachal Pradesh. His shrine is known as "Deotsidh". It is situated 45 kms. away from "Hamirpur" near the border of Hamirpur and Bilaspur districts of Himachal Pradesh, India. The Baba Balak Nath Temple is situated at the village of "Chakmoh" in the district of Hamirpur on the hilltop, in a natural cave carved in the hills, considered to be the abode of Baba. An Idol of Baba is placed in the cave.

Shah Talai: Shah Talai named region is situated only 4 km to Deot Sidh temple. Ancient name of this place was Changer Talai. Baba Balak nath’s worship and grazing maa ratno’s cattles, later returning her mattress of chach-it got famous by the name of chahtalai which later turned to Shahtalai. Along with this, we become aware of the Travel Time from Shahtalai to Baba Balak Nath Temple is 2h 55m; without much hassle. The journey can be customized by adding the stop over for having food or may be staying overnight in case of long journeys. The distance and travel time would change accordingly and also per the traffic and road conditions.

After breakfast proceed to Shiv Bari. It is around 5 km away from there. After reaching Shiv Bari overnight stay there.
Shiv Bari: Shiv Bari sits on the bank of the river Swan and this place is considered as a practicing area for archery pupils of Guru Dronacharya. As per legend, the lord Shiva temple in the Shiv Bari was built by Guru Dronacharya for his daughter Jayati to worship the Hindu Lord Shiva. A large number of people throng this place to offer bouquets to the Shiva ling in the months of July and August.

After breakfast proceed To Kosrain. It is around 6 km.

After Breakfast Proceed to Khulmi by Ferry boat.

After breakfast Proceed to Naina Devi. It is around 30 km . 20 km can be covered through taxi and 10 km trek covered on feet. After reach Naina Devi, Have a Darshan of Mata Naina Devi and Overnight stay at hotel.

Naina devi: Shri Naina Devi Temple is located on an altitude of 1177 meters in Distt. Bilaspur, Himachal Pradesh. Several mythological stories are associated with the establishment of the temple. According to a legend, Goddess Sati burnt herself alive in Yagna, which distressed Lord Shiva. He picked the corpse of Sati on her shoulder and started his Taandav dance. This horrified all deities in the heaven as this could lead to holocaust. This urged Lord Vishnu to unleash his Chakra that cut the Sati’s body into 51 pieces. Shri Naina Devi Temple is the place where eyes of Sati fell down.

Nearest airport is Chandigarh & Gaggal ( kangara) situated in Himachal Pradesh.The approximate distance between Chandigarh & Deot Sidh is 186 km by road. Daily flights are available from New Delhi & Mumbai. (Please note that the timings may change with out any prior intimation. Please do get in touch with the airlines directly or the agents.)

By Road: The approximate distance by road between Chandigarh airport & Deot Sidh is 186 km.

Nearest railway station is Una which is approx. 65km from Deot Sidh.

How to Reach Naina Devi

Air: Chandigarh and Bhuntar are the nearest air stations, located at 135 km and 131 km from Bilaspur.
Rail: The nearest broad gauge railhead is at Kiratpur Sahib and nearest narrow gauge railhead is at Shimla.
Road: Situated on the National Highway No. 21 Deluxe Buses and Ordinary Buses ply from Chandigarh to Biaspur via Kiratpur on the way to Manalicrossing Mandi and Kullu..