Mahakali Garh Kalika Shaktipeeth is one of the most famous pilgrimage place where tourist must visit for Darshan of Maa Kaali which is situated 20.4 km away from Indore. This place is well known by Maa Kaali in this place Mahakali appeared to kill the Andhakasu. Mahakali appeared and drank all the blood and ate all the new Andhakasurs. In this package you will visit more another sites which is near from Ujjaini. Holiday travel.co gives you a opportunity to visit most famous pilgrimage place which covers Ujjain and Omkareshwar. 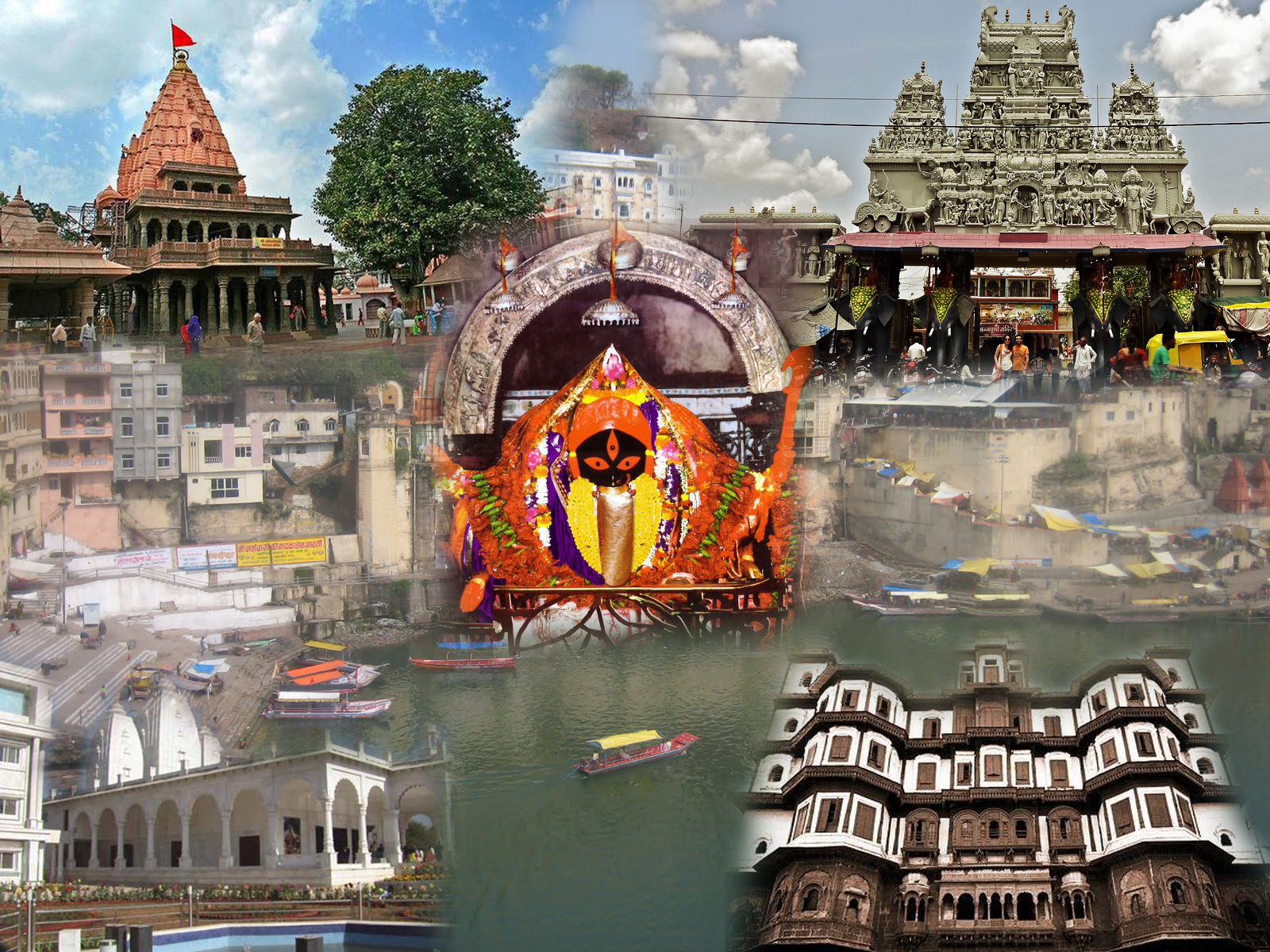 Why you must visit ujjaini Mahakali Garh Kalika Shaktipeeth

Ujjaini is one of the seven Moksha puras every year in the month of Ashviyja, Navaratri festival will be conducted in the temple. Tourist must visit shakti peeth in some important festival of kalika devi like Chaitra Navratri, Durga Puja, Shravan Month, Shivratri etc in those days huge mela is conducted for visitors who visit for darshan and get blessed by mahakali devi. This place is holy religious place where pilgrimage mostly come to visit.

Arrive at Indore airport or railway station and you will transfer to hotel after freshen up or having lunch you will proceed for Ujjain which is 20.4km away from Indore. Ujjaini is most famous pilgrimage place where number of visitors come for Darshan after reach you will visit to Mahakali Garh Kalika Shaktipeeth which is one of the best peeth of Maa Kaali. In the evening back to Indore. Overnight stay in Indore

After breakfast you will proceed for Ujjain “The city of temples”, after that you will visit to see all sightseeing attractions includes: Mahakaleshwar temple, Sandipani Ashram, after that you will have lunch in nearby restaurant and then visit Bade Ganesh Ka Mandir etc. Overnight stay in Ujjain.

Mahakaleshwar temple:  Mahakaleshwar Jyotirlinga is one of the most famous Hindu temples dedicated to Lord Shiva and is one of the twelve Jyotirlingams, which are supposed to be the most sacred abodes of Lord Shiva. It is located in the ancient city of Ujjain in the state of Madhya Pradesh, India. The temple is situated on the side of the Rudra Sagar lake. The presiding deity, Lord Shiva in the lingam form is believed to be Swayambhu, deriving currents of power from within itself as against the other images and lingams that are ritually established and invested with mantra-shakti.

Sandipani Ashram: Sandipani Muni was the guru of Bhagavan shri Kṛiṣhṇa. Sandipani was a saint of Ujjain.The Sandipani Muni ashram is located 2 km outside Ujjain, The area near the ashram, known as Ankapata, is popularly believed to have been the place used by Bhagavan for washing his writing tablets Near the ashram is the Gomti Kund, a stepped water tank. Legend has it that this is where Kṛṣṇa summoned all the holy waters from various centres so that his elderly Guru, Sandipani Muni would not have to travel other holy places.

After breakfast you will proceed for Omkareshwar which has a Hindu temple dedicated to God Shiva. After spend whole day in Omkareshwer you will back to Indore. Overnight stay in Indore

Omkareshwar:  The famed temple of Omkareshwar is on Mandhata Island, is one of the holiest of shrines and considered to be one of the 12 Jyotilinga shrines dedicated to Lord Shiva. The unique aspect of this temple is that the island itself is shaped like the symbol of Om.

After breakfast you will visit to see some famous sites of Indore which includes Rajwada, Kanch Mandir, Lalbagh Palace and Regional Park.

Rajwada: Rajwada is the historical palace of the Holkars. It was built about two centuries ago and is located near the Chhatris in the main square. It is a seven storied structure, which serves as the living example of the grandeur of the Holkars. Rajwada stands in the centre of the city. The new palace is on the northern side, while the old palace stands in the old part of the town. The old palace is a multi-storied building which also serves as a gateway of the Rajwada. It stands amongst the crowded streets of the Kajuri Bazar and faces the main square of the city.

Kanch Mandir: The Kanch Mandir, as the name suggests, is a temple which is entirely made up of glass and mirrors. It is also known as the Seth Hukamchand Temple, as it was built by the "Cotton King" Sir Hukamchand Seth in the early 20th century. It is primarily a Jain temple and is a wonder in glass. The walls, ceiling, floor, pillars, doors, everything here is entirely adorned with glass. The Kanch Mahal has always been an object of interest for almost all the Hindu rulers in India.

After breakfast you will drop to Airport or Railway station for onwards journey. Tour end

Ujjaini Mahakali Garh Kalika Shaktipeeth is one of the eighteen Shakti peethas. And best pilgrimage place where tourist must visit to know about Mahakali garh kalika shaktipeeth in which devi is called as Hara Sidhi Mata.  Goddess Mahakali is also known as Rakt Dantika or Chamnuda. The Maha kali was the Aradhana devi of the great King Vikramadithya  It is said that King Vikramadithya has offered his head  by cutting 11 times to devi and all those times devi made him live by jointing it back.  Mahakali appeared to kill the demon Andhakasur. Andhakasur, the ruler of Ujjaini in those days, was blessed with a power that every drop of his blood that touched the ground would produce a new Andhakasur. When Lord Shiva pierced him with his trishul, Mahakali appeared and drank all the blood and ate all the new Andhakasurs.

Ujjaini is located near to indore which is 20.4km away from indore. Ujjaini is very well linked with Indore city and can be reached easily by road and train. Accessibility information is given below

By Road: Indore is fairly well connected to different parts of Madhya Pradesh as well as India. There are a number of National and State Highways passing from Indore namely, NH3, NH69, 69A, NH86. This makes the place very accessible. The city is connected to all the major and minor cities nearby, via proper roads. There are bus services to and from Indore to facilitate traveling. The prominent cities linked to Indore by road are Bhopal, Barwani, Khandwa, Ujjain, Dewas, Dhar, Ratlam

By Rail: Indore lies on the longest functional meter gauge line in India, i.e. between Jaipur and Purna. The railway station of the city falls under the Ratlam division of Western Railways. Indore is one of the few places in India where both meter gauge and broad gauge railways tracks operate. An interesting feature of these lines is that they intersect each other forming a Diamond crossing. Indore is well connected to all parts of the country including the four metros.

By Air: Devi Ahilyabai Holkar Airport in Indore connects it to most of the major cities in the country. It is directly linked to Mumbai, Delhi, Ahmedabad, Hyderabad, Kolkata, Jaipur, Raipur, Nagpur and Bhopal, via major airlines. There are various airlines operating from Indore. These include Indian Airlines, Jet Airways, Air Sahara, Kingfisher Airlines and Deccan Aviation. Indore airport has good infrastructure and facilities. It is proposed to give it international status soon.

Though one can visit this eternal place of mahakali, at any time throughout the year, as thousands of devotees comes here everyday, but during the festive time and that too in Grand-Night of mahakali  called Chaitra Navratri, Durga Puja, which comes during February to March, brings a lofty numbers of visitors from around the globe, and so this can be the best time to explore the real divine charm of the city.

Place to visit in Indore

Central Museum/ Indore Museum : Central Museum, also known as the Indore Museum, is one of the most interesting buildings in Indore. It is a treat for the people who are genuinely fascinated by the history of India and the rich civilization that flourished here in the pre historic age. 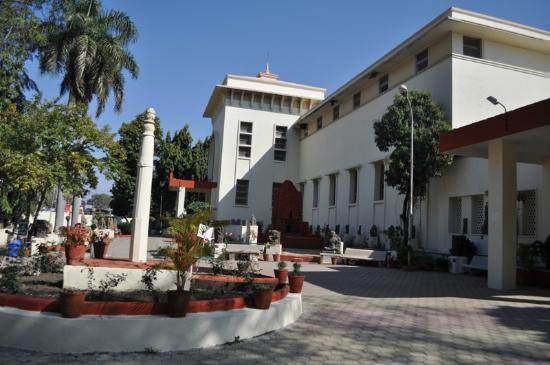 Chhatris: The Maratha Rulers were skilled in the field of architecture. An exquisite example of their architectural style comprise of the Chattris of Indore. These chhattris are the cenotaphs built in the memory of the Holkar rulers. The memorials are built in stone and have stood the test of time. 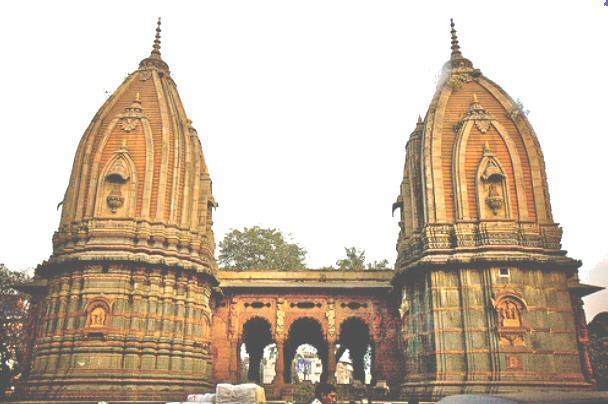 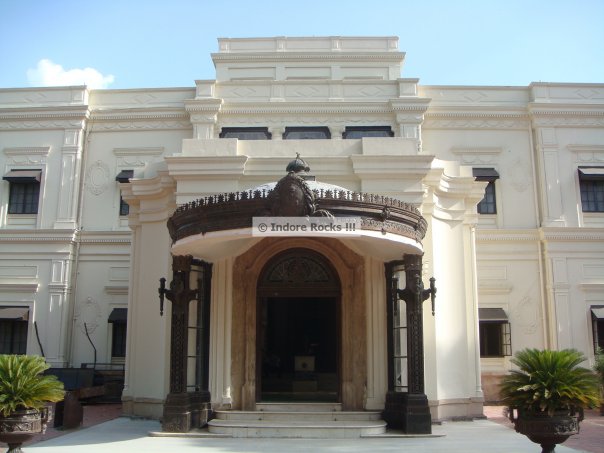 Kanch Mandir : The Kanch Mandir, as the name suggests, is a temple which is entirely made up of glass and mirrors. It is also known as the Seth Hukamchand Temple, as it was built by the "Cotton King" Sir Hukamchand Seth in the early 20th century. It is primarily a Jain temple and is a wonder in glass.

Rajwada : Rajwada is the historical palace of the Holkars. It was built about two centuries ago and is located near the Chhatris in the main square. It is a seven storied structure, which serves as the living example of the grandeur of the Holkars. Rajwada stands in the centre of the city.

Town Hall or Mahatma Gandhi Hall : The Town Hall or Mahatma Gandhi Hall is one of the prettiest buildings in Indore city of India. Built in 1904, it was originally named King Edward Hall. In 1948, it was renamed as Mahatma Gandhi Hall. It has a remarkable Indo-Gothic structure and is made in Seoni stone. Its splendid domes and steeples are the landmark of the Indore city. It has a clock tower in front and is popularly known as Ghanta Ghar. The central hall can accommodate 2000 people at a time and is the venue of book, painting exhibitions and fairs throughout the year. The building also has a library, children's park and a temple. 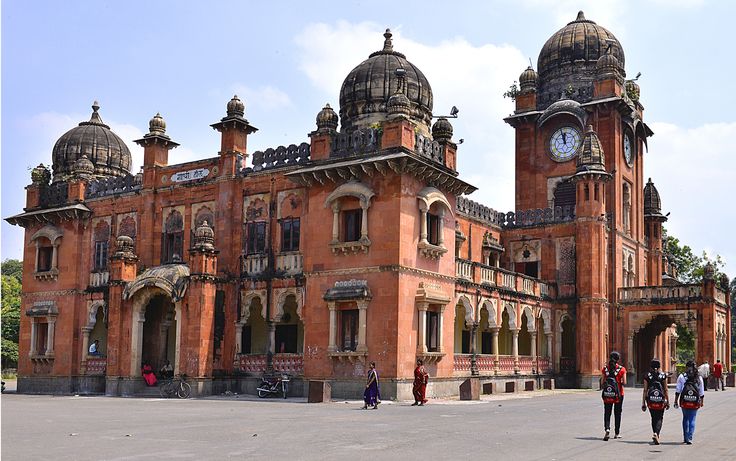 Nehru Park : Another well known tourist spot in the city is Nehru Park. It is the oldest park in Indore, located centrally. Built by the Britons, it was earlier known as Biscow Park and was open only to British before independence. After independence, it was renamed as Nehru Park. The park has a variety of roses and offers facilities like library, swimming pool, children's hobby centre, a mini train and battery operated cars. 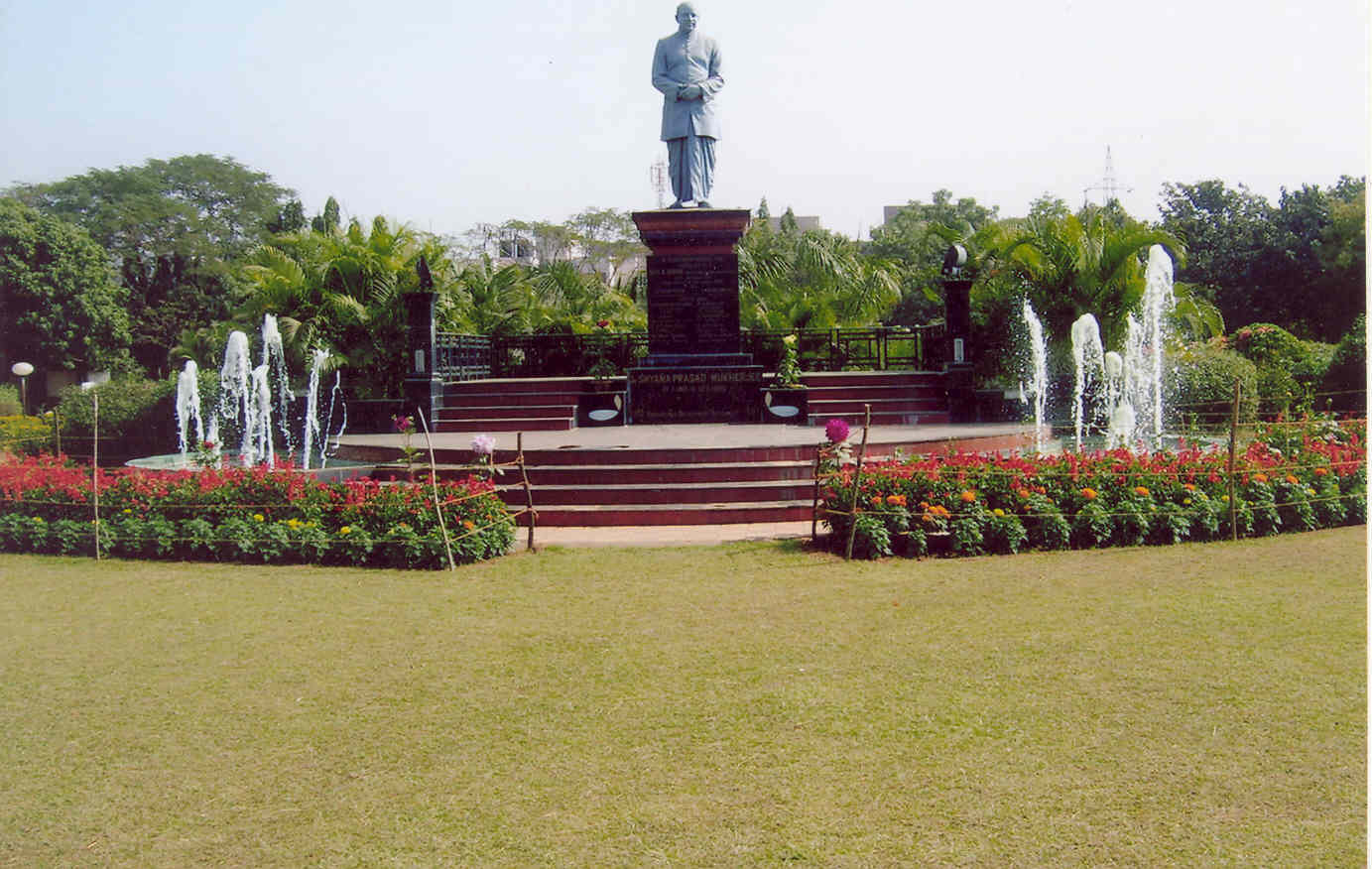