Plan your trip to experience the culture of Rajasthan and make your holiday in pleasant and cultural place then visit Udaipur. Udaipur which is known as City of Lakes and it have most awaited places to visit and admire new thing in your life. Udaipur is mostly visited by Foreigners because they were exited to get Rajasthan culture experience. Holidaytravel.co arrange a well and good package for you to visit on the land of Rajasthan and have a great holiday experience with famous site seeing. Visit and enjoy your holiday tour with us by great comfort and feel like family. Package is well designed or suited for Family, Kids or Couples. 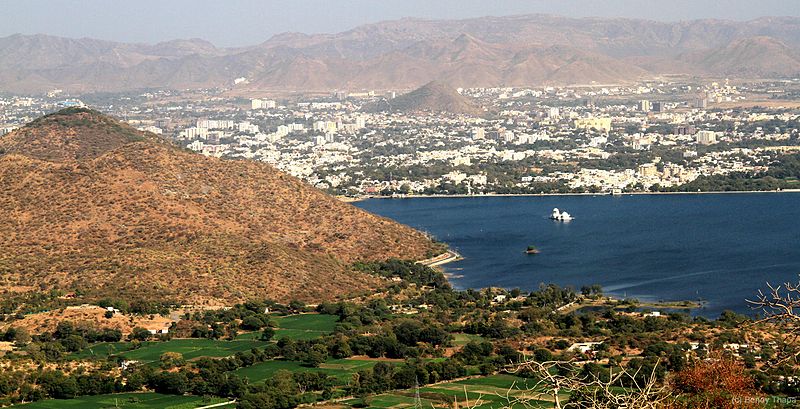 After arrival at Udaipur airport or railway station and meet with our representative and they will meet you with warm welcome and transfer to hotel. After freshen up and you may have lunch at same hotel later you will visit to see the famous excursion of Udaipur which includes Bagor ki haveli, Lake Palace, Lake pichola, Jag Mandir, after that you may have lunch in Darikhana Restaurant later you will visit Dudh Talai, Gulabh Bagh, City palace, Jagdish Temple, in the evening you will come back to hotel. Overnight stay with dinner at Udaipur hotel

Jag Mandir:  Being located at the village called Jagat, at a distance of 58kms in the south-east of Udaipur. Built in 961 A.D, the Jagat Temple is renowned for its intricate carvings in the exteriors.

Lake Pichhola:  Pichola Lake UdaipurPichola Lake is one of the most beautiful and picturesque lakes of Rajasthan Pichola Lake is the oldest and one of the largest lakes of Udaipur. In 1362, the beautiful lake was built by Pichhu Banjara during the ruling period of Maharana Lakha The beauty of this lake has not separated anyone to attract towards it. The lake looks more enchanting with its scenic surroundings. Maharana Udai Singh must have been certainly captivated by the charm of this pristine lake with the perfect backdrop of lush green hills as when he founded the city of Udaipur.

Dudh Talai: A rock and fountain garden and the sunset point from which one can enjoy the sunset view in Lake Pichhola and a panoramic view of the old city. Also one can enjoy the Aerial tramway (rope way) which connects one of the dudh talai gardens to Karni Mata temple

After breakfast you will visit to see the some more famous places of Udaipur which includes Saheliyon ki Badi, Udaipur Solar Observatory, Gulab Bagh and Zoo, after you may have lunch at Padmini Restaurant, after that you will visit Nehru Garden, in the evening back to hotel. Overnight stay with dinner at Udaipur hotel

Saheliyon ki Badi - Built by Maharana Bhopal Singh. Saheliyon ki Bari means Garden of the Maids. This garden area lies in northern part of the city and has fountains and kiosks, a lotus pool and marble elephants. Each water channel has its distinct sound and the mingling of these sounds complement the ambience of the place. There is also a small museum here. Sahelion Ki Bari' was laid for a group of forty-eight young women attendants who accompanied a princess to Udaipur as part of her dowry.

After breakfast you will visit some more famous site seeing which includes Fateh Sagar Lake, Monsoon Palace, Ambrai Ghat, after you may have lunch at Rainbow Restaurant later you will visit Sas-Bahu Temple and Bada Mahal, in the evening back to hotel. Overnight stay with dinner at Udaipur hotel.

Bada Mahal: Bada Mahal is a renowned historic place for visitors which reminds of the 17th century. It has very famous view and it feels like royal. It is bounded by lovely courtyards, lush green landscaped lawns, beautiful garden, pillars and terraces, royal apartments, royal balconies and fountains.

Sas-Bahu Temple: Sas-Bahu Temple is a renowned religious destination which is situated at a distance of 23 Kms from Udaipur The temple is devoted to Lord Vishnu and reminds of the 10th century.

After breakfast you will drop to Udaipur airport or railway station for onwards journey. Tour end

Lake Palace: An artificial fresh water lake, created in the year 1362 AD, named after the nearby Picholi village. The lake’s surroundings and the several islands within the lake have been developed over the centuries, with palaces, marble temples, family mansions, and bathing ghats. The famous Lake Palace (now converted into a heritage hotel) is located in the middle of the lake. Two islands, Jag Niwas and Jag Mandir are located within Pichola Lake. Local buses, Tongas, auto-rickshaws and taxis provide the needed transport.

Bagore Ki Haveli: An old building built right on the waterfront of Lake Pichola at Gangori Ghat. Amir Chand Badwa, the Prime Minister of Mewar, built it in the eighteenth century. The palace has over a hundred rooms, with displays of costumes and modern art. The building has a large and exquisite collection of Mewar painting and glassworks. 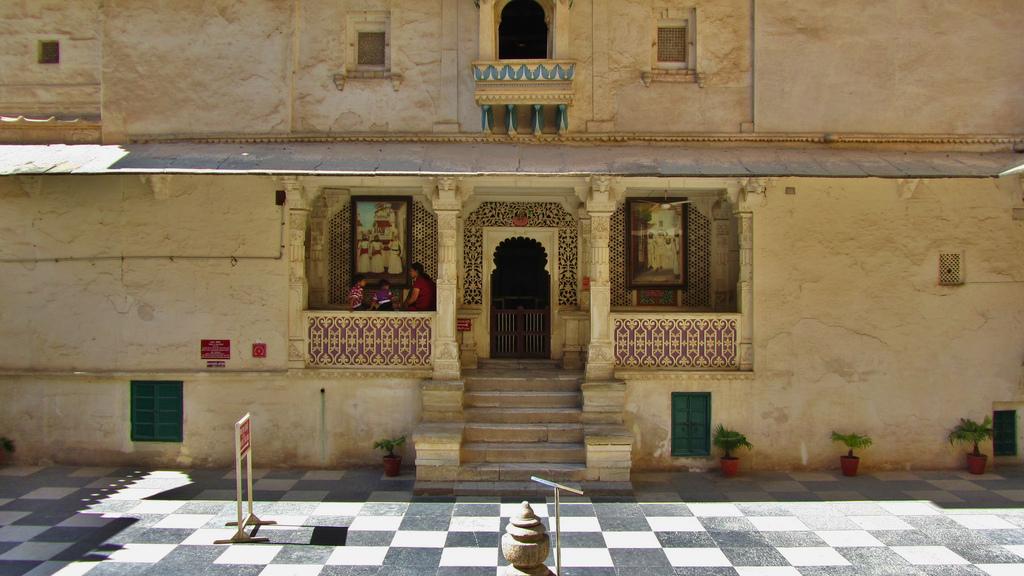 Gulab Bagh and Zoo: A rose garden laid out by Maharaja Sajjan Singh is situated near the palace on the east side of Lake Pichhola. A library in the garden has a collection of ancient handwritten manuscripts and books. Within the garden, there is a zoo with tigers, leopards, chinkara gazelle, birds, and many wild animals. Children can enjoy mini train, track of which covers the main part of the garden and the zoo.

Nehru Garden:This is a park situated in the middle of Fateh Sager Lake. This park covers about 41 acres (170,000 m2), with flower gardens and a lily pond. It was inaugurated on the birth anniversary of the first Prime Minister of India, Jawaharlal Nehru. The garden overlooks the ancient Moti Mahal of Maharana Pratap and gives a view of the Aravalli hills on three sides. 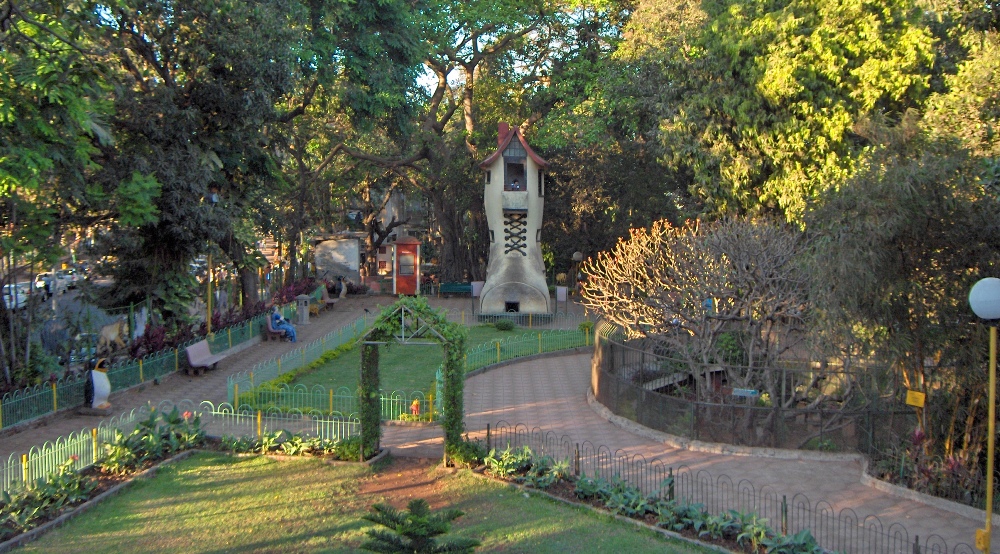 How to reach Udaipur

By Flight: Maharana Pratap or Dabok Airport is located at a distance of 22 km from the city of Udaipur. Dairy Indian Airlines flights connect Udaipur with Jodhpur Jaipur aurangbad, Mumbai and Delhi. A number of flights fly directly between Delhi to Udaipur. Travel by flight takes about 1 hour.

By Train: Udaipur is well-connected with other cities of Rajasthan as well as India. There are frequent trains which run to and from Udaipur connecting Jaipur, Mumbai and Delhi. Take the train from Delhi to Udaipur to reach in 10 hours.

By Bus: Udaipue have brillinant road connectivity to reach from nearest city the frequency of state as well private buses are awesome and regular. One can hire taxis to drive here.

Rajasthan in summers is little uncomfortable for people traveling from cold countries and states. The summers in Rajasthan have a temperature as high as 45-48 degrees C, particularly in the months of May and June. The only hill station in the state of Rajasthan, i.e. Mount Abu situated in the Aravali hill ranges, registers the lowest temperatures in the scorching summer months. However, tourists still visit the state but take certain simple precautions to protect themselves from the sweltering heat. The use of hats, sunscreen lotions, head-scarves, and wearing light cotton clothes is advisable as they will help you protect yourself from heat strokes. Also, consuming lots of fluids on the trip will help in beating the summer heat and make your stay more enjoyable, even in summers.

Fairs and festival of Udaipur

Mewar Festival: Mewar festival is observed to welcome the arrival of spring season (March/April). The festival is especially meant for women and offers the best time when they dress in their finest clothes and join the celebrations of the fest. To conduct the ceremony, women assemble to dress the images of Isar (Lord Shiva) and Gangaur (Goddess Parvati). After dressing the idols, they carry them in a traditional procession passing through different parts of the city. In the last, the procession makes its move towards the Gangaur Ghat at Pichola Lake. At this point, the images are transported into special boats and immersed in the deep waters of the lake. When this religious part gets over, people engage into various dances, songs and other cultural events revealing the culture of Rajasthan. Mewar festival is concluded with a glittering show of fireworks.

Shilpgram Crafts Fair: Shilpgram Mela is held annually in the west of the city of Udaipur in the month of November/ December. The fair is organized to promote art and craft of Rajasthan. This fair is a perfect destination to try out the hand woven clothes, embroideries, mirror works and handicrafts. The hand woven clothes and camel leather items grab the major attention of visitors in this fair.