Shimla Manali is one of the most Favorable and scenic destination of Himachal Pradesh. These are the most visited Hill Destination in Himachal. Shimla is a beautiful hill station and also known as “queen of Hills. Kalka is a mesmerizing city in the Panchkula district of Haryana. It is the gateway to the beautiful state of Himachal Pradesh. The name of the town is derived from the goddess Kali. The town is situated in the foothills of the Himalayas and is a gateway to the neighboring state of Himachal Pradesh. Manali is one of the best honeymoon destinations of India. Make a Delicious and happy tour with family, Holiday Travel India Pvt.ltd  stands to make your holiday trip with great and memorable tours. 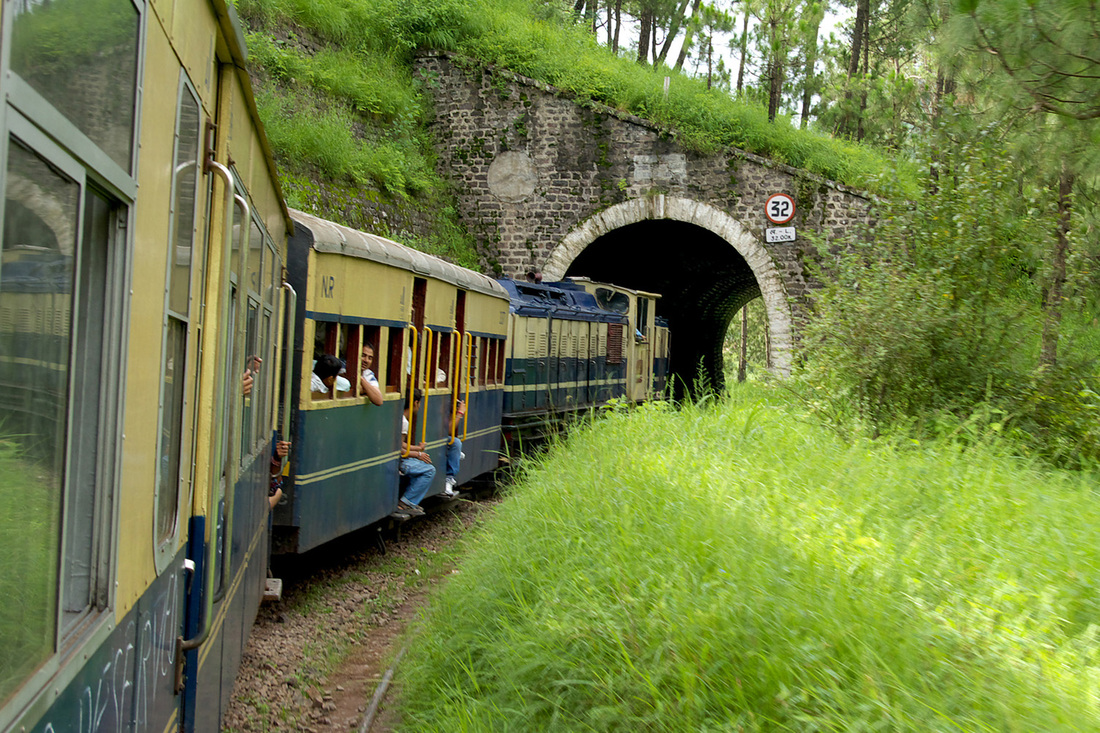 Start the tour from Kalka and visit local sightseeing of Kalka like Pinjore garden, Kalka Devi temple and after that check into hotel, rest of the day is for your leisure and overnight stay at hotel.

Pinjore Garden: Pinjore is situated at the confluence of Kaushalya and Jhajjar Rivers at a distance of around 10 km from Parwanoo. Various ancient sculptures and antiquities have been found from this place, which date back to the period from 9th century AD to 12th century AD. Moreover, Mughal Gardens, also known as the Yadavindra Gardens, are prominent attractions of this historic place. Some of the other major attractions of this place are Pandava Mandir, Shish Mahal, Bhima Devi Temple and Jal Mahal. Pinjore is situated at around 1,800 ft above sea level and is surrounded by a beautiful valley, overlooking the Shivalik Ranges. It is also believed that the Pandavas visited this place during their exile.

Kalka Devi: The one of the famous and holy place is Kalka Devi temple. This temple is dedicated to goddess Kali. It is very famous as hundreds of devotees pay their respect every year during the Navratri. It was assumed that the temple was made during Mahabharata by Pandvas, in the period of "Agyat Vas".

After breakfast proceed to Shimla by a seprate car of By Toy Train.

By Car: Start your tour to Shimla Manali by a Seprate Car. It is around 80 km and take 3-4 hours to arrive. After arrive check into hotel and take some rest.

Kalibari Temple: The another famous place of worship is Kalibari Temple of Shimla. This is a popular tourist attraction and is situated at a very strategic location. The temple was built in the year 1845 and is dedicated to Goddess Kali who is also known as Shyamala. Shimla derived its name Fom Goddess Shyamala.

After breakfast proceed for visit Kufri. Kufri is a small hill station in Shimla district of Himachal Pradesh state in India. It is located 13 km from the state capital Shimla. The name Kufri is derived from the word kufri meaning "lake" in the local language. Kufri has a Himalayan wild life zoo which hosts rare antelopes, felines and birds including the Himalayan monal, the state bird of Himachal Pradesh. After that came back to hotel and overnight stay at hotel.

Lunch: In between your Visit you may have lunch at Tripti Restaurant ( Regent House ,Mall Road, Mall Road, Shimla 171001) Enjoy South Indian Food

After breakfast check out from hotel and proceed to Manali. It is Around 250 km and takes 7-8 hours to complete journey. The Journey is too long so we will break journey at Mandi have lunch and some rest at Hotel River Bank. After arrival check into hotel and overnight stay at hotel.

Lunch: In Between your Journey  you may have lunch at Hotel River Bank ( Saulikhad, NH-21, Kullu Manali Highway, Mandi, Himachal Pradesh 175001)

After breakfast visit some local sightseeing of Manali like Hadimba Devi temple, Rahalla Falls, Monastries , Gompa, Vashisht Temple, Manu temple. In Between your visit have lunch at casa Bella Vista and some rest there. After that came back to hotel and overnight stay at hotel.

Hadimba Devi Temple: Manali has many attractions but the main centre of interest, historically and archeologically, is undoubtedly the Hadimba Temple . This temple dedicated to goddess Hadimba or Hadimba Devi with a finely wrought four - tiered pagoda roof, dating back to 1553, is built around a natural cave, which enshrines the footprints of the goddess Hadimba. Hadimba was the wife of Bhima, one of the five great Pandava brothers of the Mahabharata, and later became the patron goddess of the  Kullu. This four story wooden temple is located in the middle of a forest called the Dhungiri Van Vihar.

Lunch: In Between your journey have lunch at Adarsh Restaurant (  The Mall Oppo. Himachal Tourism Office, Manali, Himachal Pradesh 175131) Enjoy to have South Indian.

After breakfast visit Solang Valley and Rohtang Pass. Solang and Rohtang Pass are the Major attractions of Manali. In Between your visit have lunch at Casa Bella Restaurant, Rest of the day is for your leisure. After that came back to hotel and overnight stay at hotel.

Solang Valley: Solang Valley in Manali is located at a distance of 13 kms in a side valley at the top of the Kullu valley is a splendid valley between Solang village and Beas Kund. Solang valley offers the view of glaciers and snow capped mountains and peaks. Solang Valley has fine ski slopes. The Mountaineering Institute of Manali has installed a ski lift for training purpose. Located here is a hut and guest house of the Mountaineering and Allied sports Institute, Manali. Now a few hotels have also come up. The winter skiing festival is organized in Solang Valley. Sking and Paragliding are two main activities are organized here. Apart from this many other adventure sports are available like Zorbing, Horse riding & Snow Motor Bikes riding etc.

Rohtang Pass: Rohtang Pass is 51 kms from Manali. Located at a height of 3980 Mtrs, on highway to Keylong/Leh. The Pass offers a panorama and spectacular mountain view. once served as a crucial trade route, and still remains the gateway to the districts of Lahaul and Spiti. The Pass is open from mid April to November each year, and provides wonderful views of the entire surroundings. Just beyond the Pass is the Sonapani Glacier and the twin peak of Gaypan. The Beas Kund, the source of the Beas river, a holy site for Hindus, as the sage Vyas is said to have meditated at this spot, is also accessible from the Rohtang Pass.

After breakfast proceed to Kalka. It is around 285 Km and take 7-8 hours to arrive. The journey is too long so we will break journey at Mandi. Have lunch and some rest at Hotel Valley View then proceed to Kalka. Our representative will drop you at Kalka Railway Station/Bus Stand.

Lunch: In between your journey have lunch at Hotel Valley View in Mandi

Vashisht Temple: Vashisht, a small village 3 kms from Manali located on the Left Bank of River Beas in Manali towards Rohtang pass is worth a visit, which is renowned for its Hot Water Springs and Temple. The village is also the site of some old temples, dedicated to the great sage Vashisht, and to Lord Rama. The Himachal Tourism sulphur baths are just beyond these shrines. Natural Hot Sulphur Water Springs with two separate bathing tanks for Gents and Ladies, which are always full of tourists. Turkish Style Showers fitted baths have also been built nearby. Hot water from the nearby Spring is provided for bathing.

Shimla has amazing weather and tourists can go to Shimla anytime of the year. The summers in Shimla are extremely pleasant with the average temperature around 20 degrees. The peak tourist season in Shimla is from March to June, as this is the time that the snow has melted and the weather is enjoyable for those who have been trying to escape the harsh summers of the plains. After June, the monsoon season starts, which makes it slightly inconvenient to travel around the town. Post September, the weather starts becoming colder and it starts snowing occasionally by the mid of December till the end of February. This is the perfect place to go for trekking, paragliding and other adventure sports.

How to Reach From Kalka

By Car: Start your tour to Shimla Manali by a Seprate Car from Kalka. It is around 80 km and take 3-4 hours to arrive. After arrive check into hotel and take some rest.