Dharamshala and Mcleodganj located in the foothills of the mighty ranges of the Himalayas and the climate of these beautiful places stay pleasant throughout the year. Pathankot is a small city situated in northern region of Punjab India and the east side of Pakistan, has a long history and rich culture. The land of natural beauty, adventure and serenity is the perfect place to be in during the holiday and vacation here. These 3 pleasant destinations has become a popular tourist getaway and made the town a famous tourist spots both for the Indians and the foreign tourists.

We design this package especially for tourist who planning to visit Dharamshala Mcleodganj from Pathankot. 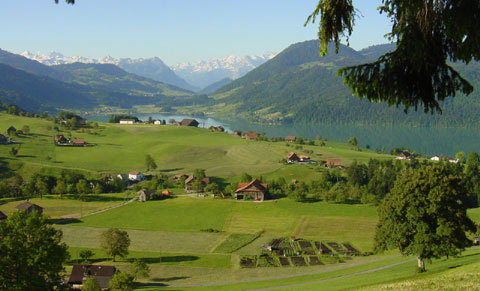 What is unique in “Exalted stopover of Dharamshala & mcleodganj from Pathankot Tour” package?

This perfect holiday tour package is so unique in which you will cover the top most visited destinations throughout the year which has everything for a perfect holiday. Dharamshala is famous for its Tibetan culture, handicrafts and temples and it is also a home of Dalai Lama. While Mcleodganj is famous for its Triund trekking, camping and scenic views. There is a fortress in Pathankot which is called the Nurpur Fort built by the Pathania Rajputs, more than 900 years ago. It was damaged due to the great earthquake which struck this region early in 1905 A.D., 25 km from Pathankot. It is quite famous in North India, and the temple inside attracts tourists from all across India.

Top Highlights of this Tour

After reach Pathankot our representative will pick you from airport / railway station and transfer to hotel. Check into hotel later takes some rest. After lunch you have sufficient time for visit local sightseeing of Pathankot which includes Ranjit Sagar Dam, Mukteshwar temple, Kathgarh Temple and Nurpur fort. Overnight stay at hotel and delicious dinner with all possible conveniences.

Today after breakfast you will be drive to Dharamshala which is around 90km and taken 2-3 hours to complete journey. Enroute have lunch and some rest at Mama Rasoi Resturant proceeds to Dharmshala. After arrival Check-into Hotel and Overnight stay.

Lunch: In Between your Visit you may have lunch at Mama Rasoi (Pathankot) included Delicious and testy Punjabi Food

After breakfast visit the local sightseeing of Dharamshala like waterfall, Tibetan monasteries, Bhagsunag, Dalai Lama temple, visit Cricket Stadium, War memorial, St. John Church etc. In between you will have lunch at Punjabi Dhabha. Later in the evening came back to hotel, Dinner and overnight stay in hotel.

Tibetan monasteries: The Tibet Oral History Project (TOHP) aims to preserve the history and culture of the Tibetan people. As advised by His Holiness the Dalai Lama, we record the life experiences of Tibetan elders who were forced to flee their homeland following the Chinese invasion

Lunch: In Between your Visit you may have lunch at Punjabi Dhaba Jogibara Road, McLeod Gunj , Upper Dharamsala,

After breakfast check out from hotel and proceed to Triund. It is a beautiful walk through mixed forests of deodar oak and rhododendron. Triund is situated on a ridge with a beautiful view of whole kangra valley on one side and Dhauladhar mountain range on the other. Overnight stay in a tents or private guest houses.

On this day after breakfast trek covers 4km one way distance along glacial moraines. Lake Got situated at the snout of a small glacier is the base camp for the shepherds. The small glacier is called snow-line after that back to Mcleodganj.

After breakfast check out from hotel and proceed for Pathankot. It is around 100 km and take 2-3 Hours to arrive Pathankot. In between you visit have lunch and take some rest at Mama Rasoi Resturant proceed to Pathankot. Our representative will drop you at Chandigarh Railway Station.

Lunch: In Between your Visit you may have lunch at Mama Rasoi ( Pathankot ) included Delicious and testy Punjabi Food

Dalai Lama: The one of the holy place in Dharamshala is Dalai Lama Temple. The temple complex is kept open from sunrise to sunset for the visitors to explore the peaceful ambiance of the surroundings. During the morning hours visitors can participate in the prayers as the monks chant and meditate. You can join local residents for a meditative walk around the temple/monastery complex.

Nurpur fort: This incredible fort was constructed about 100 ago by Raja Basu with a temple inside the fort dedicated to Lord Krishna. The fort later on was taken over by Jahangir and named as Nurpur Fort. The black idol of Lord Krishna inside the temple was gifted to the King of Nurpur by a Rajasthani King.

Ranjit Sagar Dam: Ranjit Sagar Dam is 17 km away from Pathankot city centre. It is built across River Ravi for power generation, irrigation and drinking water supply. The dam a joint venture of Punjab, Jammu and Kashmir and Himachal Pradesh is a symbol of interstate co-operation. Ranjit Sagar Dam is also known as Thein Dam. There is a municipal garden nearby and the tourists and locals use the dam site as a picnic spot. The surrounding hills and the Lake is an ideal spot for relaxation. It’s the largest hydroelectric project in Punjab and is a tourist attraction cause of the natural lake that has formed behind the dam. The Dam is part of the hydroelectric project constructed by the government of Punjab.

Mukeshwar temple: Mukteshwar Temple is situated on the bank of Ravi River, at about 20-22 km from Pathankot City. There are some caves which date to the time of the Mahabharata. According to a legend, the Pandavas stayed in those caves for a night during their "Agayatwas". This temple is also known as Mukesran Mandir. A carnival or mela, called Mukesran da mela is held there each year in the month of April to mark Baisakhi.

Kathgarh Temple: The  Kathgarh temple is an ancient Shiva temple, located approximately 25 km away from Pathankot. The temple is marvelously built in a roman and Mughal styled architecture. This temple is dedicated to lord Shiva and Parvati and is characterized by an ancient lingam with mystical origins. During Naag Panchami, it is believed that the gap between Lord Shiva's and Goddess Parvati's holy stones enshrined here reduces and during Shivratri the gap increases.

October to April is the best time if you want to enjoy a trip to Pathankot itself. However, if you are planning to visit other places near Pathankot, you can come here anytime as the weather is never too hot in the summers as well.

What To Eat In Dharamshala

There is no dearth of places for eating out in Dharamshala. You will find a few local restaurants in Dharamshala serving decent fare – it isn’t cordon bleu but is tasty and more than palatable.

Tibetan food is unusual and very tasty and you might want to try this. In McLeodganj try McLlo an eclectic little restaurant in Dharamshala serving Indian, Italian, South Indian and Israeli cuisine. There are many stalls selling hot ''momos''

At Nick’s Italian Kitchen take a break from Tibetan cuisine and try the quiches, pastas, and piazzas. Who knows you may even rub shoulders with celebrity visitors.

Winter (October-March): Winters are the best to visit Pathankot. The pink weather along with cool breeze and low temperatures altogether add up to a comfortable visit. Plan your trip around October-November or between February and March.

Summer (April - June): Summers in Pathankot can experience the mercury rising up to 44-46 degree Celsius. If you are accustomed to a range of 34 degrees Celsius to 46 degrees Celsius, summer is the best for plan your trip during these months.

Monsoon (July - September): The monsoon winds from the south-west, south-east and at times from north-west or northeast. Pathankot can be visited in the monsoon if you wish to get soaked in the lush green beauty of the city.

Pathankot is one of the popular city of India and well connected through air route to all major cities in India. Pathankot Airport is a military airport located in Pathanko. The airport is situated in Gurdaspur district of state of Punjab, India. The airfield is mainly used by the Indian Air Force.

Pathankot airport serves national flights only and this is a Civil Airport. It is 3 km from the nearest city Pathankot and 7 km from Pathankot Railway Station which is located on the Pathankot – Majra Road.

The Pathankot Airport Authority is managed by the AAI. The authority check out all major activities that takes place at the airport includes military aircrafts, security, and accommodation of passengers, national flights landing and takeoff.

Tibetan Museum: Located near the Main Temple of His Holiness the Dalai Lama (Tsuglag Khang), Tibet Museum exhibit Tibetan history and ongoing movement through huge collection of photographs and documentaries.

Naddi View Point: Naddi is a small village in the Kangra district of Himachal Pradesh. The Village is very scenic and is just 3 or 4 kilometers away from Mcleod Ganj, the headquarters of the Tibetan government in Exile. There are several points like Sunset point, Eco point and View Point. The sunset point really does offer beautiful sunset views. From the View point one can see the whole of the Dhauladhar mountain ranges.

Nechung Monastery: Nechung Dorje Drayang Ling Monastery has an important place in Tibetan history as the seat of the State Oracle of Tibet. Nechung monastery in Tibet lies just below Drepung monastery, four miles west of Lhasa, the country's capital. Nechung originally came to Tibet with a descendant of the Indian sage Dharmapala.

Dharamkot: Dharamkot is a beautiful hill station, situated on the crest of a hill, around 14 kms away from the main town of Dharamshala. This stunning spot provides panoramic views of the Kangra valley and the Dhauladhar ranges.

Kangra Art Museum: Museum is a treasure house of rich heritage of the valleys art and culture, located near Kotwali Bazaar at Dharamshala. Museum is still in infancy but now the collection is increased to 1500 art object comprising miniature paintings, textiles, sculptures, jewellery, coins and objects of cultural anthropology.