This package is designed especially for tourists who want to explore the religious side of north east India and explore the legend that consists of mighty Shakti Peeths with temples dedicated to Godess Shakti. West Bengal and Assam consists of many temples dedicated to Godess Durga and her manifestations. There are very important shaktipeeth also in Bengal and Assam. Millions of devotees visit these temples every year to seek blessings from the Goddess every year. This 6 day trip itinerary will take you across the most the most religious and historical locations in and around West Bengal and Assam. These places are pristine and divine where you can spend a lot of time exploring the religious side of East India that will prove an experience worth it when you return from the trip. 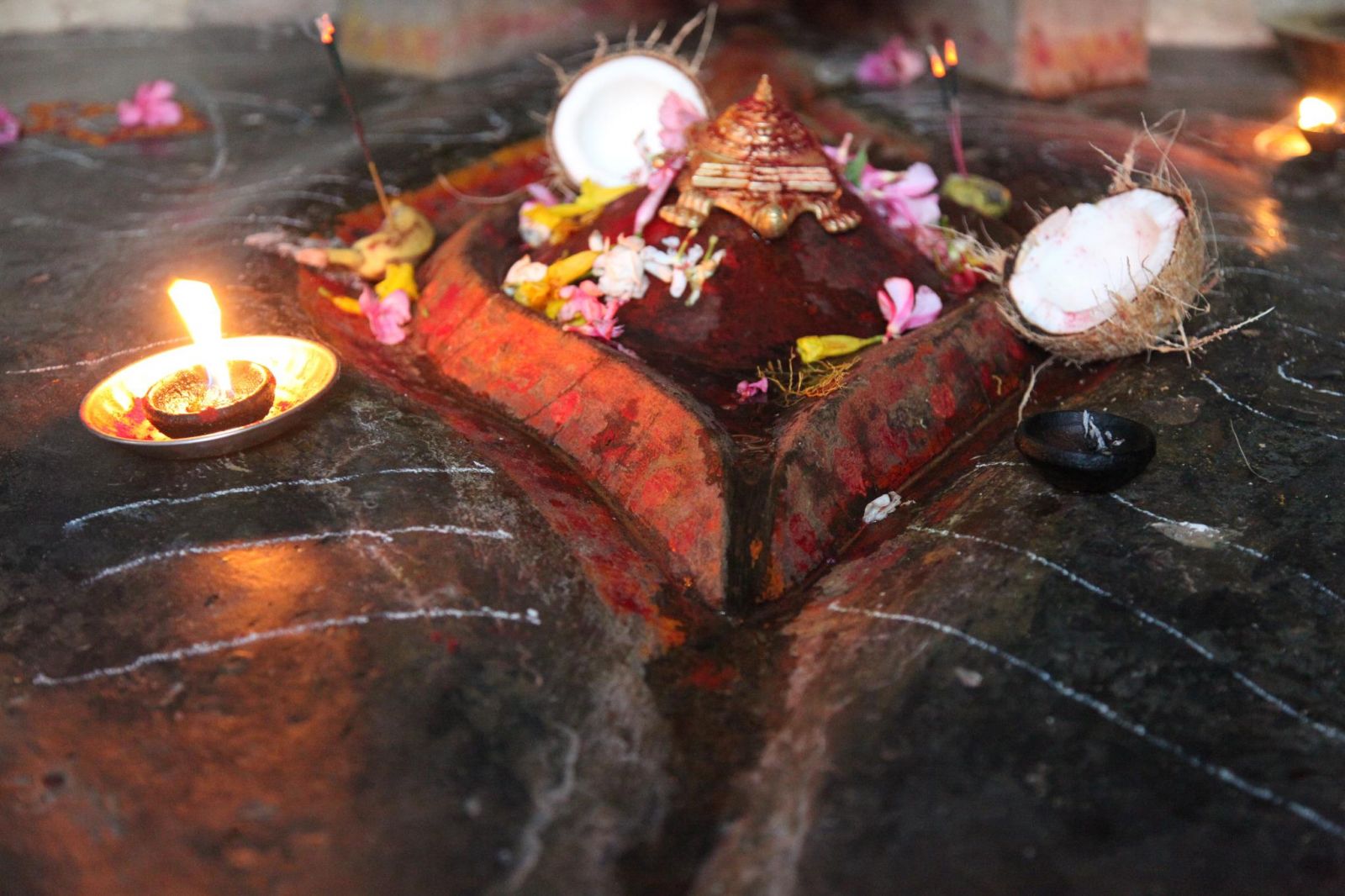 Tour of  Kalighat Shaktipeeth Temple + Dakshineshar Temple + Belur Math Tour
Our representatives will pick you up from Kolkata airport/railway station and transfer you to the hotel.
After freshening up we will take you to Kalighat Temple that is one of the most important Peethas in India. Here you’ll be seeking blessings from Godess Kali of Kalighat Kali temple. The right toe of Dakshayani is said to be fallen here.

Kalighat Devi temple to Dakshineswar kali Temple and Belur Math
Proceed from Kalighat Temple to Dakshineswar Temple at approx 18 kms away via Barrackpore Trunk Road, After Darshan at KALIGHAT, We will take Metro from kalighat station to DUM DUM station and proceed to DANKUNI section. Get down at DAKSHINESHWAR station and DAKSHINESHWAR Temple & Adyapith Temple are located at walkable distances.

Later you’ll return to the hotel for overnight and dinner.

Today you’ll check out from the hotel after breakfast and proceed for Tarapith. Tarapith is a small town situated near the Dwaraka River, in Birbhum, West Bengal. The temple is believed to have been constructed on the spot where Goddess Sati’s eyeball fell. Here you’ll be visiting the temple of Tara and offer prayers at the holy temple. Later from here you’ll be visiting Bamdev Sangha Ashram and then take a walk around the temple.
Overnight and dinner at Tarapith.

Today you’ll be leaving from the hotel in the morning and visiting Bakreshwar. Bakreswar is said to be the pitha where Sati's forehead and eyebrows fell. The main temple is that of Shiva or more popular as that of Bakranath.Numerous Shiva temples surround the main temple, and a large number of temples are without any image.
Upon arrival take a refreshing bath at the hot springs and later visit the temple to seek blessings. After prayers spend some time visiting the town and return to Tarapith for overnight and dinner.

(Tarapith to Kolkata = 4 hours + Kolkata to Guwahati = 3 hours by flight )
Today check out from the hotel in the morning and leave for Kolkata from where you’ll be catching a flight for Guwahati. Upon arrival you’ll be transferred to the hotel and later proceed for a ferry ride on Brahmaputra river. Rest of the day will be free for leisure and shopping.
Overnight and dinner in hotel.

Today in the morning you’ll be leaving for Darshan at Kamakhya temple, one of the oldest 52 Shakti Peethas. The Maha mudra/Yoni(Female genitalia) of Devi fell here. She is the Shakti of Umananda.
This temple is highly revered among the devotees and the hill on which this temple is situated offers pristine views. After offering prayers at this temple you’ll spend rest of the day sightseeing Guwahati visiting places like Botanical Garden and Umananda Temple.
Return to hotel for overnight/Dinner.

Check out from the hotel and you’ll be dropped at the railway station/airport for your onwards journey and the trip shall commence.

The Location of Kamakhya Temple:
Kamakhya Temple is situated on Nilachalor Kamagiri hills in Guwahati in Assam . There are a flights of stairs to reach to the temple which were unique in style .The view of Guwahati city and the river Brahmaputra from the hilltop of the Nilachala hill is really unforgettable .The surrounding of the temple is full of greenary .

What is the Importance of Kamakhya Temple :
Kamakhya is the mother goddess . Mythology goes that When Lord Shiva was criticised in front of Sati in Daksh Yagna, she could not tolerate her husband's insult and she decided to die . Angry Lord Shiva takes her body on his shoulder and travels the whole universe . Gradually Satis body starts decomposing and part of her body falls on earth in different places . All those places where Sati's body part fell were considered Shaktipeeth later on . Kamakhya is known as the granter of all desires

Main Attraction of Kamakhya Temple :
As beliefs goes , the pond water at the backdrop of Kamakhya temple turns all red at a particular time of the year . This time of the year is believed to be the time of menstruation of the mother goddess or mother earth .Clothes dipped in that water is ditributed as prasad .

How to reach kamakhya Temple

Kamakhya is situated in Guwahati , the capital of Assam and the most prominent city in entire North -East .So it is easy to reach Kamakhya temple .

Ambubaci is the greatest festivel in Kamakhya when the largest Mela or crowd throng at kamakhya . However the main door of temple is closed for three days during Ambubaci.
Other festivals are navaratri , Durgapuja etc .
Best Time to visit Kamakhya Temple
Ambubaci time falls in the month of June or july according to tithi of Hindu calendar .This is considered the best time to visit the temple

In Durgapuja and navaratri too lots of people devotee gather

the best time to go for Devi Darshan is during the winters. At this time of the year, the weather is pleasant and ideal for sightseeing.The weather here is hot in summers and moderate in winters. Main languages spoken in West Bengal are Bangla and Hindi and in Assam the main language is Assamese, Bangla and Hindi.

The Dakshineswar Kali Temple was founded around the middle of the 19th Century by Rani Rashmoni. Rani Rashmoni was a Mahishya by caste and was well known for her philanthropic activities. In the year 1847, Rashmoni, prepared to go upon a long pilgrimage to the sacred Hindu city of Kashi to express her devotions to the Divine Mother. Rani was to travel in twenty four boats, carrying relatives, servants and supplies. According to traditional accounts, the night before the pilgrimage began, Rashmoni had a vision of the Divine Mother, in the form of the goddess Kali in a dream and reportedly said,
There is no need to go to Banaras. Install my statue in a beautiful temple on the banks of the Ganges river and arrange for my worship there. Then I shall manifest myself in the image and accept worship at that place.

The ancient city of Belur, located on the banks of the Yagachi River in Hassan district, is cloaked in mystique. It was previously called Velapura. Belur was chosen as an alternate capital city by the Hoysala dynasty after the attack and subsequent destruction of their capital Dwarasumudra (now known as Halibeedu) by the sultans of Northern India.
The Hoysalas were genuinely fond of art and architecture. During their near 300 year reign, several temples and monuments were built under their patronage. The best of Hoysalan monuments were reserved for Belur. The innovative architecture, beautiful sculptures draw several thousand every year to both Belur and its twin city of Halibeedu.

Sightseeing options in and around Belur

Belur is called the modern Vaikuntha (heaven) on earth due to its peerless history and cultural significance. The city contains several architectural and spiritual gems which draw several thousand tourists every year

This architectural marvel is dedicated to Lord Vijayanarayana, one of the 24 incarnations of Lord Vishnu. It was built by King Vishnuvardhana to commemorate the Hoysala victory over the Cholas in the battle of Talakad.

The architecture of the temple has Chalukyan elements as the artisans who worked on it were Chalukyan. The temple took 103 years to complete. Veera Ballal II, grandson of Vishnuvardhana oversaw the completion.

The temple is adorned with exquisite carvings depicting scenes from the Upanishads, Mahabharata and Ramayana. The sculpture of Darpana Sundari (lady with mirror) is noteworthy for its flawless craftsmanship.

Several bracket figures portraying celestial nymphs have been sculpted on the walls of the temple. All these figures are said to have been intended as a homage to the timeless beauty of Shantala Devi, Queen of King Vishnuvardhana.

This small shrine is located south of the main sanctum of the Chenna Kesava temple. It resembles the main temple and is dedicated to Kappe Chennigaraya. It was consecrated by Shantala Devi. The idol of the deity is a thing of beauty and draws several thousand devotees every year. It was installed at about the same time as the idol of Kesava in the main temple.

The decline of the Hoysalas saw the emergence of the rulers of Vijayanagara. The reign of King Devaraya saw his commander Bice Dandanayaka install the unique 42 feet tall lamp post, the Karthika Deepotsava Stambha.  This pillar is a testament to the architectural expertise during King Devaraya’s reign, with the post simply placed over a flat platform. It appears to be standing on its own dead weight, and has astounded visitors for ages.

Tara Maa of Tarapith, another form of Kali, has two hands, is garlanded with snakes, is adorned in sacred threads, and has Shiva lying in her left lap sucking her breast. But the temple is dedicated to the destructive aspect of Shiva, which takes the form of Kali. She requires sacrifice daily to satisfy her blood lust so every morning goats are sacrifices on the alter of the temple.
The temple is busy through out the year and is surrounded by poor who come to have free meal. This is one of the most sacred places where every year several millions of devotees come to offer Puja. Tarapith is regarded as Mahapeeth and extremely holy place for all Hindus. It is said that wherever you are in this beautiful world, whatever be you and your religion, the kindness and blessings of Maa Tara will reach you to fulfill your desires, if you are an honest and upright person. She will provide you relief from pain if any your heart and mind. This is the reason for which every year millions of devotees gathers at this place to offer Puja and prayer.

Located in Tarapith, a holy religious place and is said to be so called because the eye ball (tara) of Sati fell here, visited everyday by a good number of devotees, Hotel Maa Tara Residency is 227km away from Netaji Subhash Chandra Bose International Airport, 22.6km away from Nalhati Junction Rail
way Station and there are several buses that connects to various parts of the city. Quietly elegant and comfortable, the hotel features a wide range of facilities. Room and housekeeping service ensures the comfortable stay of the guest long with the cleanliness of the hotel. For accommodation the hotel features perfectly designed and crafted rooms as per the taste of guests to make their stay relaxed and comfortable and these capacious and spotlessly clean rooms are equipped with various conveniences. Hotel Maa Tara Residency is the right choice for visitors who are searching for a combination of charm and peace!