Paonta Sahib is the main centre of Sikh pilgrimage in Himachal located on the banks of the River Yamuna in Sirmour District. The Gurudwara Paonta Sahib has linkages to the tenth Sikh Guru, Guru Gobind Singh and the Sikh leader Banda Bahadur. When only 16 years old, the Guru left Anandpur Sahib and on the invitation of Raja Maidini Prakash of Sirmour, lived at this beautiful spot for over four years. The historic gurudwara commemorates his stay and interestingly the water of the Yamuna fall silent below this which happened at the Guru's behest. The word Paonta means 'Space for a foothold'. 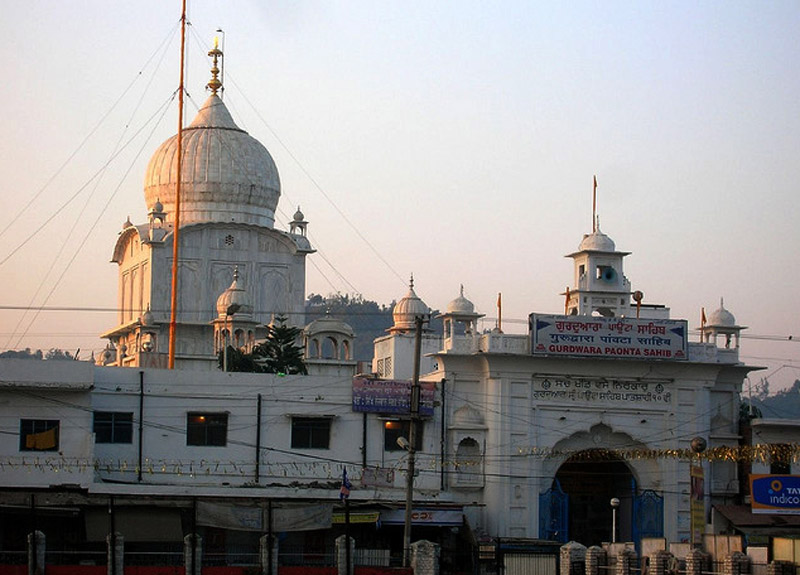 The Gurudwara also houses a museum which contains a lot of antiques and weapons used by Guru Gobind Singh during his stay.In March, an important fair is held and the holy Granth Sahib is taken out in procession.

About Gurudwaras in Paonta sahib

This site was Guru Gobind Singh's home for over four years and it was here that he wrote the Dasam Granth. Within its precincts are the Sri Talab Asthan where he disbursed salaries and the Sri Dastar Asthan were he judged the turban tying competitions. At the Kavi Darbar Asthan, poetic symposia were held. There is also a memorial to sage Kalpi and a museum that displays pens and weapons of the period among other artefacts.